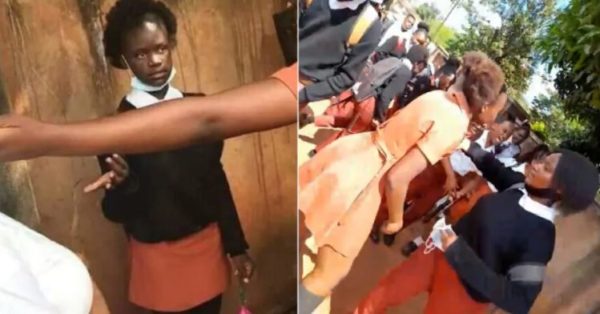 Pupil who bullied late Lufuno Mavhunga  expressed her regrets through her mother.


Weeks ago, video of Lufuno being bullied by a schoolmate went viral on social media, as she was slapped repeatedly, and it was reported that the young girl commited suicide after being bullied.

Speaking to TV stattion, Newzroom Afrika on Sunday, the mother of the bully said her daughter isn’t proud of her deeds.

“I don’t think she is proud. I remember her saying, ‘I wish I didn’t beat this child’,” said the mother. “Even if we take her for counselling, she must be able to counsel herself and say this is the situation and this is how far my guilt is in the situation. I know she is not a cold soul that takes [the situation] for granted or ignores it.”

TshishaLIVE reported that the case will be visited this month.

“The case is remanded to May 27 for further investigations. The pupil is facing assault with intent to do grievous bodily harm charges.”