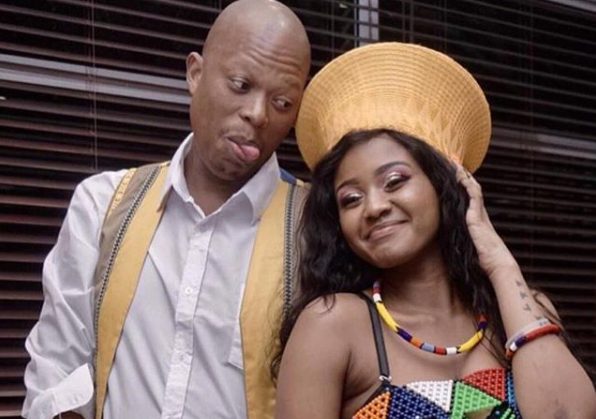 
The couple seem to have an unending drama about their lives and relationship. Just after they traditionally tied the knot, Mampintsha’s mom, Zama Gumede claimed Babes pregnancy was is fake, and that her family, the Simelane are feasting on her son’s money.

The Gqom queen rubbished the old gogo’s claim and said she will press charges against her.

Mandla came out of his shell recently, as he shots fire at his mother for those claims about his wife.

Taking to Facebook, he  posted a picture of himself with Babes; captioned, nomaka spontshi which means “with sponge’s mother”.

The West Ink boss also revealed that they will be releasing a new song titled, makaSpontshi and baba kaspontshi. 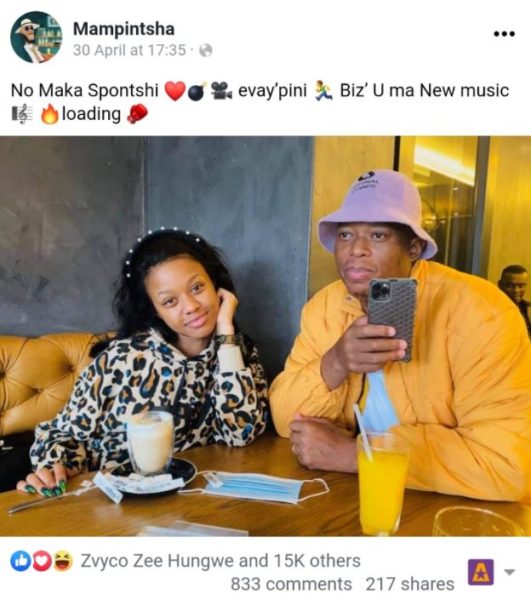 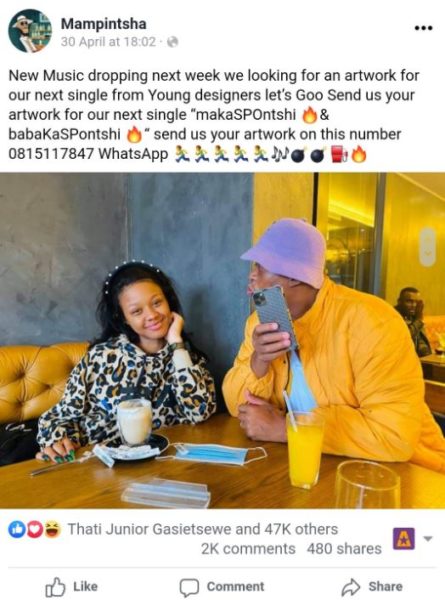