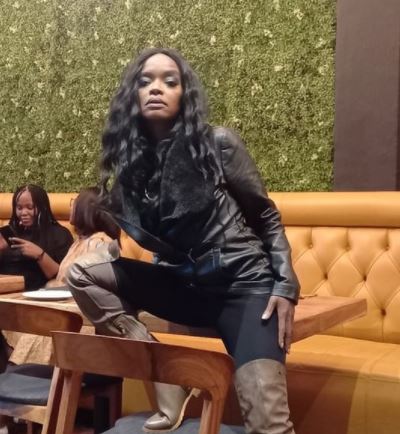 Kuli Roberts has taken to her social media to congratulate Thuso Mbedu on her success but also threw some major shade.


In her tweet, she expressed how happy she is for Thuso but on the other hand slammed celebrities who don’t know how to celebrate their wins in private.

“Thuso works quietly, ngesafa ngabanye. There would be posters about every interview and trips to the toilet,” said Kuli.

Although Kuli didn’t name anyone, fans already had an idea of who she was talking about as they stated its  Nomzamo Mbatha.

Kuli, however, doesn’t agree with bragging and thinks that celebrities who are doing well should be very private about the work they are doing.

The best revenge is your paper, as Beyonce says.

Thuso works quietly, ngesafa ngabanye. There would be posters about every interview and trips to the toilet.