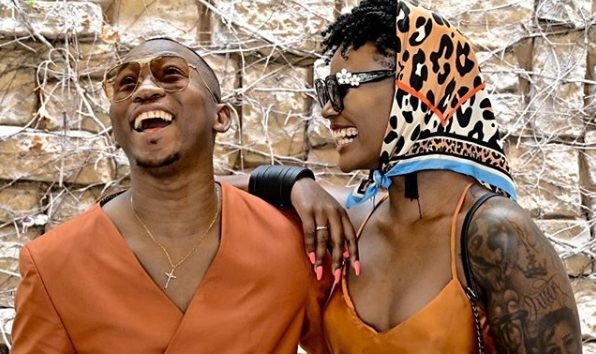 Khuli Chana has finally shared the snippet of his upcoming music video for Buyile featuring his wife and media personality Lamiez Holworthy.


Taking to Twitter, the star made it known that he will be dropping the video soon and many of her fans can’t wait.

The rapper features his gorgeous wife in the litty music video.

Instead of using a model in the video, Khuli decided to serve Mzansi couple goals

In the snippet the musician shared on Twitter on Tuesday, 27 April, he can be seen rapping in front of the camera while his bae dances next to him.