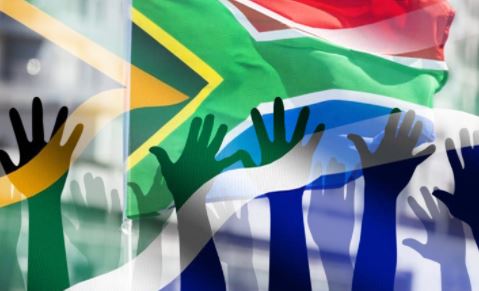 South Africa is an exciting and interesting country but you need some important tips to survive it.

How does one survive in South Africa? That question is been asked more often of late for obvious reasons. Survival in South Africa has become something both citizens and visitors alike need to take seriously.

Our country is in a mess and, we are almost always, directly or otherwise told to brace up for harder days to come.

Here are highlights of how to survive in South Africa:

Water is very important for your survival. Figure out how to get your water as the next upcoming scarcity in South Africa is water. Find a solution now! It was reported that the country would run empty unless the government spends 100 times more to secure our water supply.

Eskom is really drumming hard on load shedding and increase in the cost of electricity. They clearly expect South Africans to pay more and be grateful for a smaller ration of an already small amount of electricity they’ll supply. Not quite long ago, some reports said Mayor Danny Jordaan has not been billed for electricity for the last seven years. Find out what he did and how he is doing it or install a solar. Eskom is really officially informing us of a very long session of blackouts.

Thousands are jobless, and many more thousands will join the jobless population. Do not expect to get a job immediately after graduation. Rather, be hopeful as you join the ever-increasing jobless South Africans but don’t stop there, get your hands busy doing a business or learning a trade or better still try getting yourself a job.

Yes, the economy of South Africa is the second largest in Africa, behind Nigeria. The emphasis is on ‘behind Nigeria’. Nigeria is presently going through loads of negative issues regarding its economy. Yet, the country is rated above South Africa. It simply shows our economy is sick. Rand is unpredictable as it can nosedive anytime. So, don’t save all your eggs here if you have any. Get a foreign account in a country with more reliable currency and economy and it would do you good to be careful of the changing rounds going on in the stock market.

Check Out =>  Here's why you shouldn't wash your v*gina

5. Get Used To The Thievery

Stealing is a profession in South Africa. Get used to it. Hijacking, smash and grab, grab and run, armed robbery, and burglary are everyday events. Just position your mind to accepting that these things can happen at any time so that when it actually does, you would have a good shock absorbing mechanism in place that would save you the stress of ending up in a hospital.

It’s almost impossible to stay away from trouble(s) in South Africa. Just expect them when you least expect them. They have a way of finding you no matter how hard you try to avoid them. So, just welcome them, accept them and move on. That is the routine so you might as well get used to it, after all, everyone is trying to survive.

It’s almost a normal phenomenon to be abused by those paid to protect you. Don’t complain. Okay, complain a bit but quickly get over them as it’s the culture here. A policeman is free to slap you anytime he chooses to.

Give yourself a break as often as you can, how else can life be fun even when its hard. With the scenic mountains, wildlife parks, waterfalls and natural treasures, South Africa is officially the most beautiful country in the world. Take your time to visit the countless wonderful places. Doing that will help you over-live the ill fate plaguing South Africa. However, you really need to work hard in order to afford such visits.