South Africa radio star and his husband served the couple goals in the video shared, as Mohale was seen doing the video, while Som got playful on bed.

Followers were unbothered by the goals served, but many asked why he had a hard-on when his husband was available.

A few others went extra by dragging Mohale over Som’s hard-on.

“Yahh,a veryyyy glorious one, the pants says it all

Meanwhile, Somizi has been super excited for days as his newly revealed cook-book was pre-ordered that the system almost crashed. 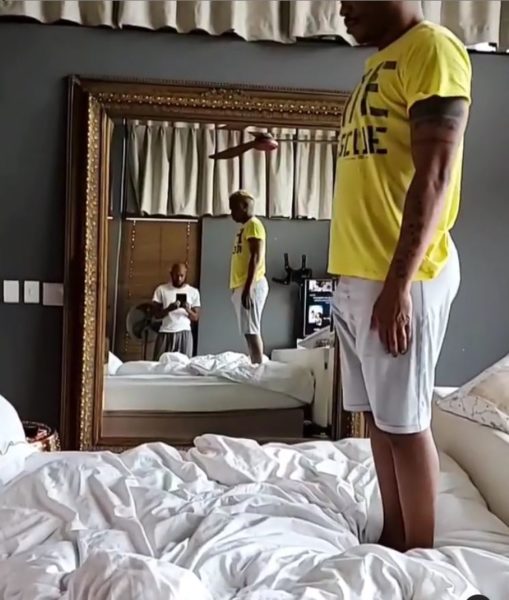