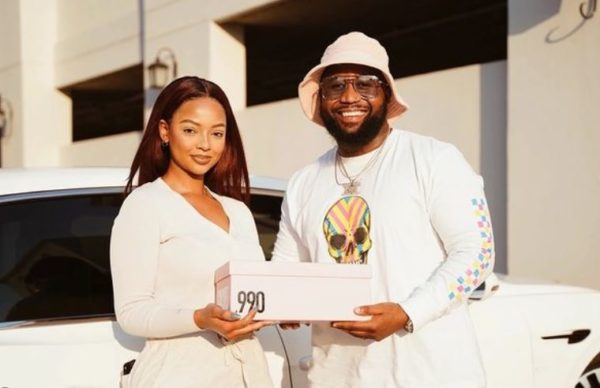 Cassper Nyovest shoots himself after reposting a photo of himself with beauty influencer, Mihlali Ndamase.

Days ago after the launching of his sneakers line, the rapper gifted some celebrities, which include the influencer.

To people’s surprise, Cassper reposted the photo he took with Mihlali, claiming he did that because he likes his smile in the photo.

“Had to post this drop off again cause I like my smile in this picture,” the rap star captioned snap.

However, fans are not cool with Mufasa’s excuse.

Check Out =>  3 basic routine you should follow after removing makeup

Some fans assume that he’s trying to get Mihlali’s attention.

Check Out =>  SAMA gets dragged over Record Of the Year winner, Matthew Mole