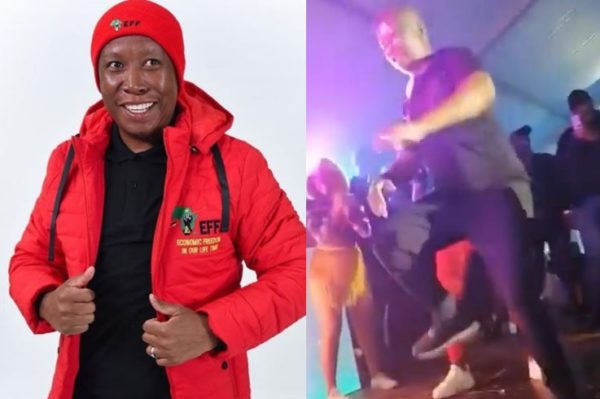 Julius Malema got jaws dropping after a video of him dancing with Makhadzi on stage surfaces on social media.


The EFF political party leader is known to be a huge supporter of the entertainment industry, and he has some of them as friends.

Check Out =>  Civil servants banned from taking part in politics

In a video shared by Oskido, Julius was seen almost breaking the stage with his stunning dance moves.

Viewers are shocked by his dance, while DJ Zinhle commented by saying she was worried he might fall off stage that very day.

“@julius.malema.sello I was worried you might injure yourself,” she said.

“Listen here… @makhadzisa brings out dopeness in all of us 🙌🏾 Looks like @uncle.vinny might have competition,” he said.

Check out video below: