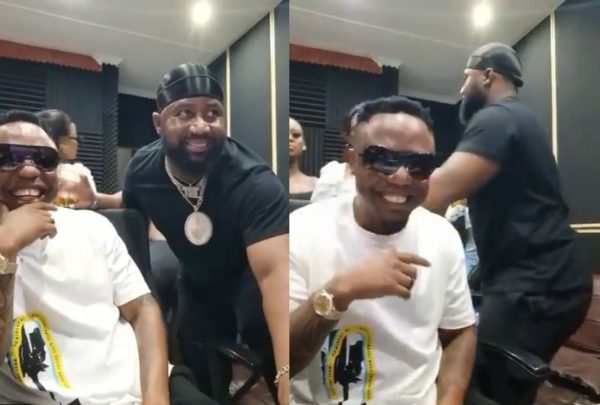 DJ Tira and Cassper Nyovest are cooking something hot in the studio and fans are super excited.


Taking to social media, the Durban star shared a video of himself and Mufasa listening to an Amapinao song and they looked both excited.

“Im 200 percent sure that you guyz are cooking something,” a fan reacted to the post.

Seeing the two stars together isn’t a usual thing, but fans are elated about what they are cooking, and the bond between them.