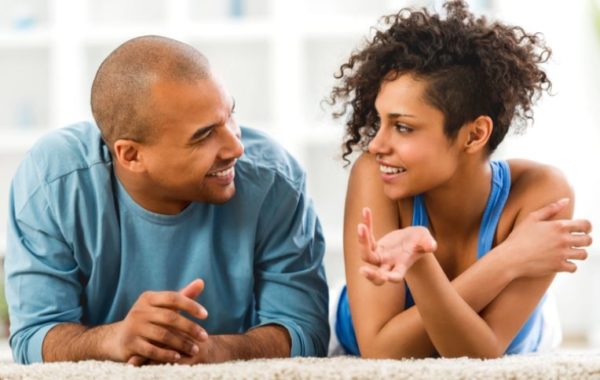 Rarely does it happen that both the partners share equal amounts of power and respect in a relationship.


And even then, the balance may shift to either side now and again. No one would mind having the upper hand.

What troubles people is when their partners enjoy more power in the relationship, due to a number of reasons.

Relationships ought to be equal partnerships. And here are a few things you could do to restore the balance of power and respect in your relationship;

1. Be vocal about your needs

You shouldn’t shy away from being upfront about your needs and wants. If something doesn’t seem right, talk about that as well. Don’t expect them to read your mind and figure everything out on their own. If there is something you need or want from them or the relationship, tell them!

If you don’t do so, they’d think that you’re happy with the way things are and wouldn’t want them to be any different. The relationship would go on in the same manner, while you would find it unfulfilling and may even become resentful of your partner.

You weren’t always in a relationship. You managed to do everything on your own then also. This shouldn’t change just because you’re with someone now. Independence is an appreciable quality for anyone. Don’t depend on them for every little thing. There are always going to be things that you two need to do together, but apart from such exceptions, you should be capable of taking care of yourself. They would definitely respect you for the self-dependent individual you prove to be.

3. Be strict with your boundaries

You don’t have to do anything you’re not comfortable with. Everyone has boundaries, which need to be respected at all costs. It’s completely up to you to enforce them. There are things you wouldn’t ever be comfortable with in your relationship, and you should be firm about them. Don’t waver and let them cross any such boundaries.

4. Give respect to gain respect

This is pretty much the only fool-proof way to gain respect. Respect them as an individual and as a partner and you’d have the favor returned. You can’t demand respect from someone, it doesn’t work like that. It is something you need to earn. Treat them the way you’d want to be treated.

5. Match your actions with your words

The easiest way to lose respect is not living up to your word. If you promise them something, deliver. Refrain from making promises you can’t keep. They might forgive you once or twice, but if you make it a habit, don’t expect them to trust you.

6. Don’t settle for anything less than you deserve

Don’t ever excuse your partner for treating you wrong. The moment you start letting things like that slide, you’re responsible for losing your respect and power in their eyes. If you won’t respect yourself, your partner won’t feel the need to respect you either. A relationship which fails to be anything short of what you want or need, you shouldn’t even waste a second in saying goodbye.